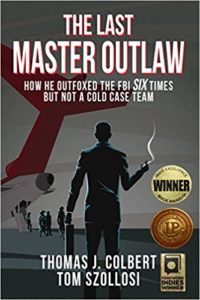 In 1971, a skyjacker with a briefcase bomb demanded a $200,000 ransom and a parachute. Then he vanished out the jet’s back door and became an instant legend. Now a determined citizen sleuth has assembled a forty-member cold case team, spearheaded by former FBI agents, to solve the mystery of D. B. Cooper. And after a five-year quest, they believe they have succeeded–with a fugitive at trail’s end.The team’s relentless investigation and final confrontation with the mystery man serve as the bookends in The Last Master Outlaw. The subject’s astonishing life story as a daredevil fills the remaining chapters, the bulk of which comes from the heartwarming, gut-wrenching accounts of six of his women–two former wives; his only sister; a befriended college coed; a “getaway gal” he met up with during two more FBI escapes, both again involving planes; and a Hollywood producer who was also his cocaine-trade partner.Buckle your seatbelts as this Jekyll-and-Hyde ladies’ man travels through five countries, utilizing more than a dozen identities, wigs, and fake mustaches while engaging in a half-dozen careers and raising three families. Then be a witness as the cornered chameleon is forced to face the truth in front of the cameras of a dogged cold case team, which was armed and ready for any eventuality. 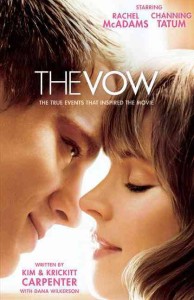 Life as Kim and Krickitt Carpenter knew it was shattered beyond recognition on November 24, 1993. Two months after their marriage, a devastating car wreck left Krickitt with a massive head injury and in a coma for weeks.

When she finally awoke, she had no idea who Kim was. With no recollection of their relationship and while Krickitt experienced personality changes common to those who suffer head injuries, Kim realized the woman he had married essentially died in the accident.

And yet, against all odds, but through the common faith in Christ that sustained them, Kim and Krickitt fell in love all over again. Even though Kim stood by Krickitt through the darkest times a husband can ever imagine, he insists, “I’m no hero. I made a vow.” 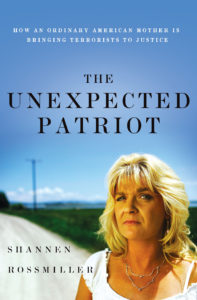 After 9/11, when the nation was still in shock over the unprecedented attack on U.S. soil, Shannen Rossmiller, a country judge and mother of three in rural Montana, was formulating a plan. Soon she was devouring literature on Islamic culture, teaching herself Arabic, and preparing to infiltrate the central nervous system of global terror: online networks. Her efforts succeeded beyond imagination. Posing as an Islamic terrorist under dozens of screen aliases, she joined forces with the FBI and started trolling jihadist chat rooms, striking up conversations at 3am with men as far away as Pakistan, and amassing evidence against an array of suspected terrorists both at home and abroad. Her work laid the foundation for the online searches so crucial to law enforcement’s fight against terror today.

Shannen’s husband, Randy, uncovered her double life after a chat room terrorist wiped out the family computer and reports rolled in that the Rossmillers were being targeted for reprisal. Undeterred, Shannen started working with the FBI on sting operations, involving everything from jihadist cells to weapons caches to bomb plots, and bringing many of her targets to justice, as well as pioneering the digital entrapment tactics that are at the forefront of today’s war on terror. This is the story of one woman’s unexpected courage and how it changed the face of this global struggle. 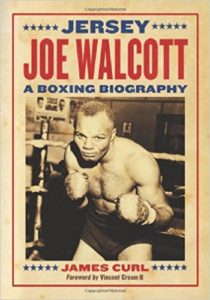 Born into extreme poverty in 1914, Jersey Joe Walcott began boxing at the age of 16 to help feed his hungry family. After ten years, without proper training and with little to show for his efforts beyond some frightful beatings, Walcott quit the ring. A chance meeting with a fight promoter who recognized the potential in his iron chin and hard punch turned Walcott’s fortunes around, launching one of the greatest comebacks in boxing history. This biography details Walcott’s youth, his dismal early career, and his legendary climb to become the heavyweight champion of the world at age 37, at the time the oldest man ever to win the coveted title. Along the way, he battled some of the most feared champions of his day, including Joe Louis, Ezzard Charles, and Rocky Marciano. With numerous period photographs and a foreword from Walcott’s grandson, this work provides an intimate look at one of the grittiest, most determined boxers of the 20th century.