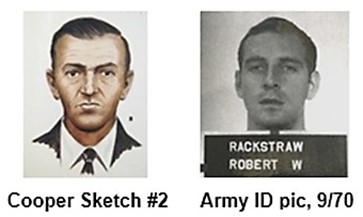 Thomas J. Colbert is convinced that his crack team of cold-case experts has pulled the ripcord on D.B. Cooper, the infamous jetliner pirate who has since become an American folk legend.

I’ve known the founder of this 10-year task force of 40 volunteers since 2018. He was the first expert to be interviewed for the new Netflix four-part series, “D.B. Cooper: Where Are You?!” which debuted Wednesday. My one-word review: fascinating.

The documentary’s tagline teases viewers with this intriguing description: “In 1971, a skyjacker parachutes off a plane with a bag of stolen cash — and gets away with it. Decades later, his identity remains a compelling mystery.”

This true-crime saga is considered the Holy Grail of cold cases in our country, in part because it has yet to be officially solved by the FBI or anyone else. But also because D.B. Cooper, whose name was bungled from the start by sloppy reporters, immediately parachuted into American pop culture, and has continually fascinated generations of amateur “Cooperites,” as they’re called.

“The D.B. Cooper case has not gone worldwide until now,” Colbert told me before the documentary’s global release. “For many people, this is the first time they’re hearing about it. That’s why Netflix spent months dubbing the program into about forty languages.”

If you recall, a man with an alias of “Dan Cooper” hijacked a Northwest Orient Airlines flight on Nov. 24, 1971, and later parachuted to a shadowy fate with $200,000 in ransom money. His remains were never found. And neither was his identity.

“A few Cooperites give their own theories in the documentary, with their own suspects. But our team of experts has 1500 years of skill sets and more than 100 pieces of evidence. We’re convinced we know his identity,” said Colbert, who was just 12 when the skyjacker jumped and seemingly vanished into mid-air. The team founder, who lives in Ventura, California, has a unique connection to Indiana regarding this case, which marked its 50-year anniversary in 2021. In 2015, he reached out to a Vietnam War veteran from Wheatfield to tap into his decades-old decoding skills – once very top secret. 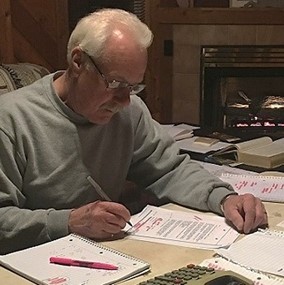 “It’s like your Social Security number. Once you learn it, you never forget it,” Rick Sherwood told me in 2018. “The Army drilled Morse code and eleven other codes into my head, and I’ve never forgotten them. I just never thought I’d have to use it again.”

Sherwood, a soft-spoken veteran with no desire for publicity, welcomed me into his home to discuss his role in helping to break this cold case. (Read this 2018 column on my Facebook page.) The Gary native hadn’t used his code-breaking skills since his 26-month tour of duty while serving in the Army Security Agency (a covert branch of the NSA).

Colbert reminded Sherwood that he served briefly in Vietnam alongside a helicopter pilot named Robert Rackstraw, who served only temporarily in Sherwood’s radio research team. During that war, “Project Left Bank” was a highly- classified mission involving the trangulated interception of the enemy’s airborne radio communications with specially-equipped helicopters. Sherwood was an NCO sergeant in this code-breaking mission. 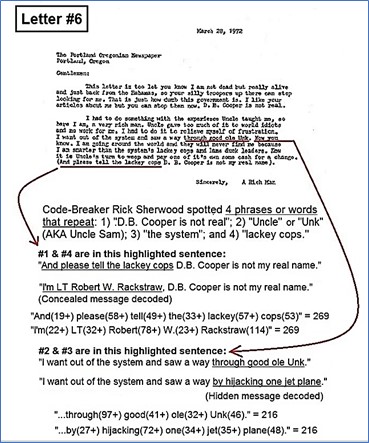 Colbert, a former senior researcher at CBS News and 18-year adjunct police trainer, shared six cryptic letters with Sherwood that he received from the FBI by court order. The writer claimed to be D.B. Cooper, shortly after the 1971 hijacking – each note including a series of seemingly random numbers.

The letters were written in part to taunt the FBI, which opened an investigation after the crime. Yet the letters were never decoded – until Sherwood claimed to have broken all six.

In 2016, the Bureau closed the file, dubbed NORJAK, for Northwest Hijacking. That same year, Colbert released his award-winning book, “The Last Master Outlaw,” which identified Rackstraw as Cooper. “He truly is one of the slickest cats on the planet,” one source told viewers in the first episode of the Netflix documentary, which I watched Wednesday.

Colbert told me, “It’s been advertised as a fun hunt for audiences around the globe. Our greatest adversary in this 10-year quest, however, wasn’t the skyjacker, but the FBI. The team and I had to sue in federal court for a half-year to get access to the 46-year-old Cooper file. Now everyone can read it.”

The old agent memos revealed that Rackstraw outfoxed the FBI nine times, over the course of decades. But “the further that our volunteers went down his trail, the more they exposed his shadowy world of espionage, and this made the intelligence community nervous,” Colbert said. “Look, we support our heroes in the shadows that keep us safe. We just don’t consider Rackstraw as one of those heroes.”

Colbert and his partner-wife, Dawna, now lead a nonprofit organization called The Case Breakers, which plans to expand these teams of retired professionals across the country. (In a future column, I will explore other cold-case mysteries his sleuths are investigating, including the Zodiac Killer, the burial location of Jimmy Hoffa and the Atlanta Child Murders.)

“Dawna and I led the historic fight for the truth, but remember we’re just the ringmasters. Our experts are the lions and tigers,” Colbert said.

Four years ago, the FBI told me in a prepared statement, “During the course of the 45-year investigation, the FBI exhaustively reviewed all credible leads, coordinated between multiple field offices to conduct searches, collected all available evidence, and interviewed all identified witnesses.”

In other words, Rackstraw was never officially identified as Cooper. He died in 2019 at 74.

In 2017 and 2018, a half-dozen retired intelligence leaders quietly came to the team with the alleged truth about Rackstraw – three on the record. “The reason the four-time felon with 35 criminal titles wasn’t charged was because he was a CIA freelance pilot around the globe,” said Colbert. “But when he came home and screwed up, the spooks gave him get-out-of-jail cards. We found three of his phony alibis in his FBI ‘death file.’”

The Netflix doc reveals only a handful of hundreds of suspects who were believed to be Cooper. The series focuses as much on the Cooperites as it does the puzzling case, which still remains the only unsolved skyjacker case in world history. 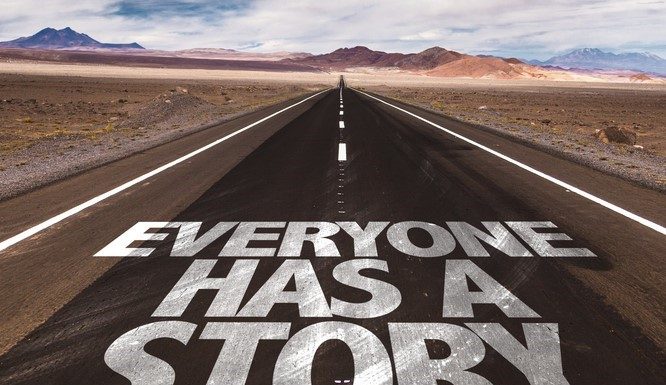 Was Robert W. Rackstraw a ‘homeless disabled vet’ or the sly 1971 skyjacker?