The FBI has reportedly accepted new potential evidence that may be linked to a closed case that has stumped investigators for decades.

The New York Daily News revealed Sunday this latest find from an isolated tree farm in the Pacific Northwest is “an odd piece of buried foam.” Some speculated it is padding from fugitive D.B. Cooper’s 1971 parachute backpack.

The foam, along with three other unidentified materials, were turned in Friday to the Bureau’s office in Bend, Oregon, by Hadley McCann, a former FBI supervisor. He oversaw a nine-member digging team at the remote site that stretches for about fifty yards. The secret location has now been offered to the feds for a proper forensic investigation.

The first item pulled out, possibly a strap or flap from the same backpack, was turned in on August 11 by acclaimed Cooper sleuth Thomas J. Colbert, the organizer of the volunteer team. He delivered it to the FBI office in Ventura County, California, where he has a home.

Colbert also provided his local special agent with the names and contacts of two alleged Cooper crime partners, both Army veterans, that research suggests assisted in the getaway and burial scheme.

The digging at the private mountain started at the first of the month after Colbert received background information from a “very credible” couple, Russ and Kristy Cooper (At top; name an odd coincidence).

Kristy is a retired reserve officer and county sheriff administrator; her husband Russ is a construction company owner, recreational pilot and, ironically, son of a private secretary whose boss was FBI founder J. Edgar Hoover. The couple, now grandparents, sit on a weekly citizens-review board for their local police department.

The pair claims a source, now dead, had told the story of Cooper’s elaborate escape and hiding of the evidence. After spending months studying related maps and county records to substantiate the tale, Russ and Kristy said they called the Bureau in 2007. When multiple messages to both the Portland and Seattle offices went unanswered, they hired an attorney to help. When he failed too, the couple gave up.

After hearing about Colbert’s ongoing court fight with the FBI for the archived case’s records, Russ and Kristy reached out. Colbert then secured permission from the private landowner to investigate their potential burial site.

The time line and locations involved in the couple’s escape tale appear to match the 1971 testimony given to the FBI by several Washington State farmers. Those eyewitness accounts are documented in old agent field reports and internal memos, released to Colbert by a judge’s order. The farmers later shared the same details with a visiting Los Angeles reporter, who Colbert recently tracked down.

Colbert strongly believes D.B Cooper is Robert W. Rackstraw Sr., a 73-year-old Army veteran from San Diego with a prior criminal record and training in parachuting, flying and explosives. He was a hijack suspect for a short time in the late 1970’s but has repeatedly refused to confirm or deny any involvement in the caper. 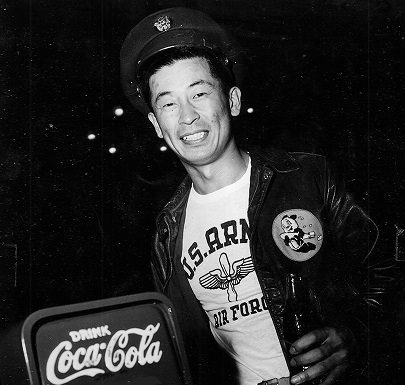